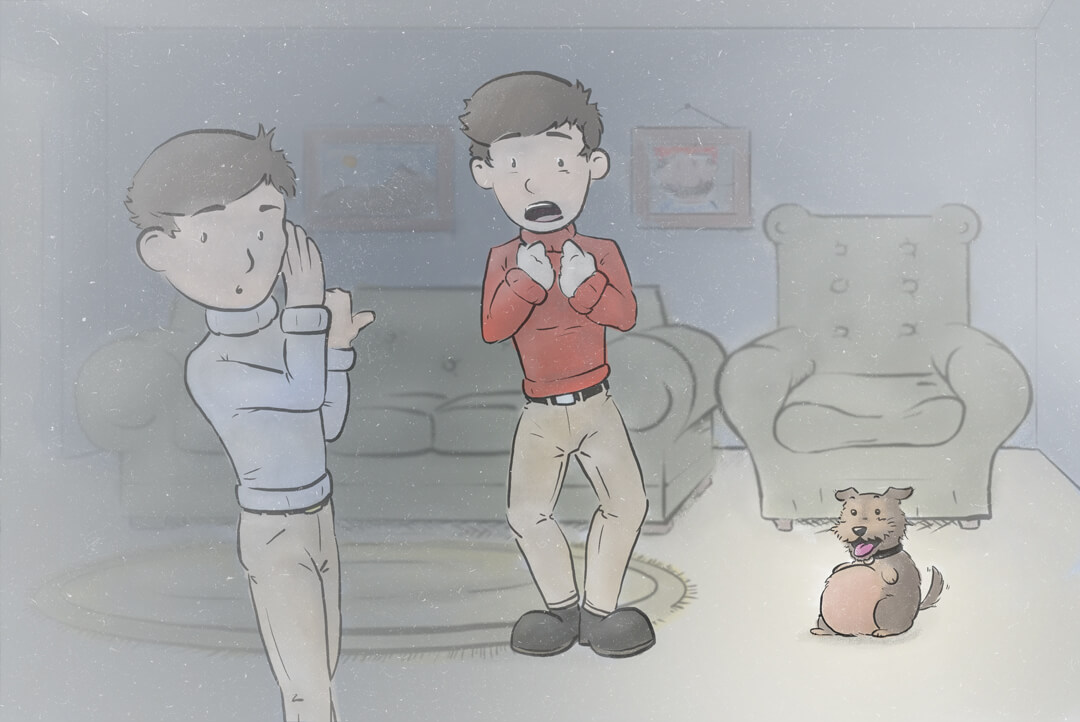 It wasn’t until two days before his death that Henry realized he had mistaken the family dog (Earnest) for his brother some fifty years before. Lying on what he correctly assumed would be his deathbed, Henry realized with sudden clarity that the entire course of their lives had been altered by this hitherto-undiscovered mistake.

Truth was, his brother was sneaking out the back window to visit freckled Myrtle Taylor down the street. But sneaking out to inspect the insides of skirts and sneaking into the food storage look the same, and food was tight, and when Henry’s parents asked who had been eating their carefully rationed rations Henry thought he was telling the truth by snitching on his twin brother.

This moment of misinformed honesty set the stage for the rest of their lives. Henry would go off to university that fall while his brother was turned out on the streets and washed windows for pocket change until the Taylors took him in.